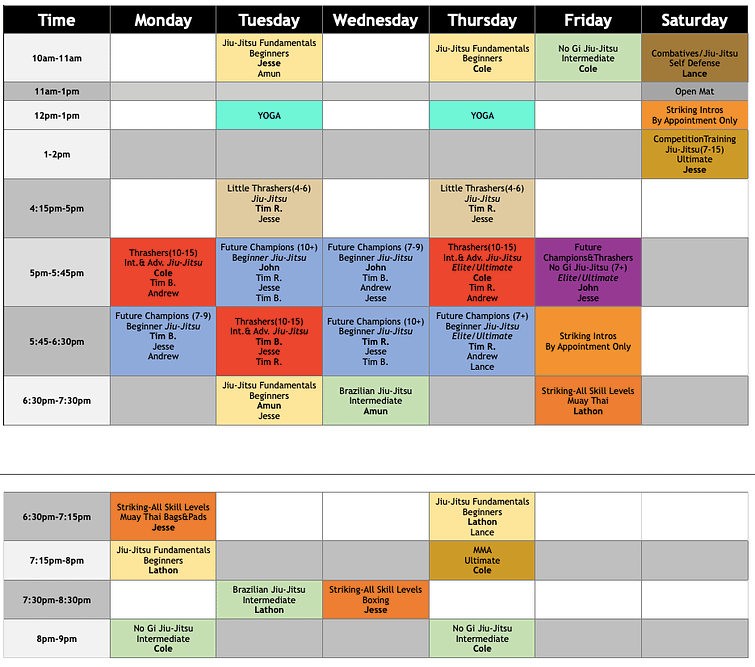 Jace: Did horrible, cried on bottom for 3 full rounds and never stopped crying between matches, had an anxiety attack I feel.

Christian: Got crushed, he has some survival instincts, but needs to have basic stance fixed, multiple matches I’ve seen him have people get behind him standing. He needs to be coached in the basics.

The Ngo boy that thinks he’s too good for the beginner class: Got wrecked

Joziah: 2-1…won 3 matches got DQd for an Ezekiel after the fact…I told him Ezekiel was legal when he asked me… my fault.. he dominated.

Scott Barton: performed to his level for his inability to train and being sick lately. lost two matches. Gassed, I know he hasn’t been able to train

Rex: eliminated any thoughts I had about him getting a blue belt. He should be embarrassed by hisself for his no gi division. Gi he beat the same guy twice.

Double Leg again landing into the closed guard. Touch on fundamentals of stance, break falls, and a couple of setups as the week progresses for the same double leg takedown.

-Get back up to the feet